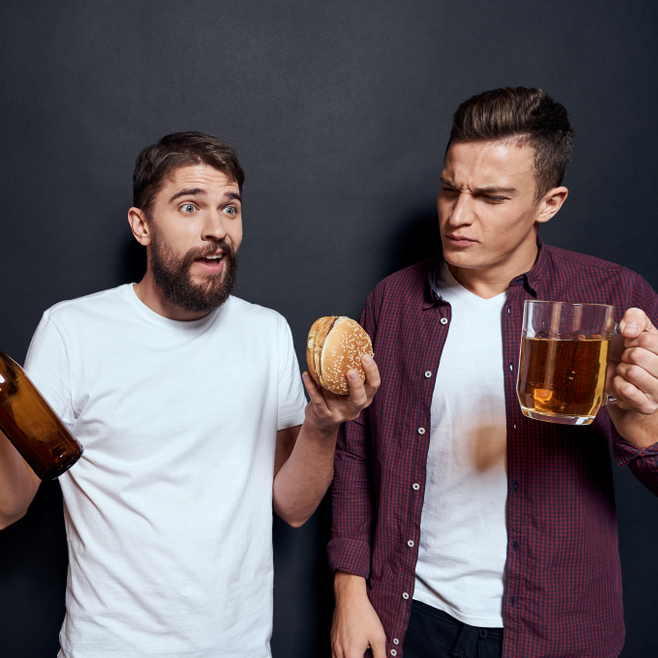 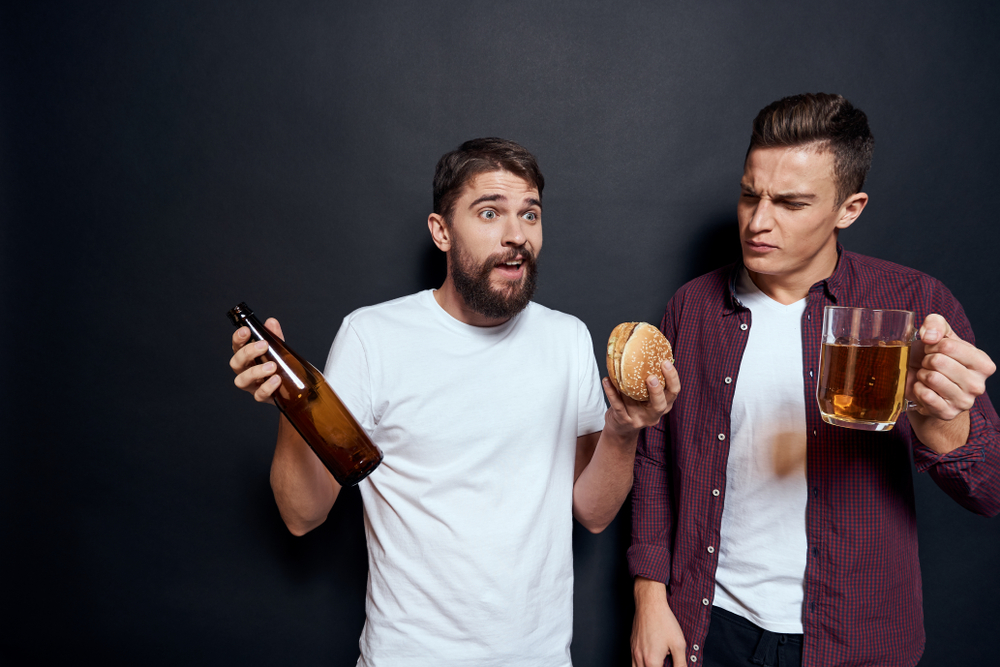 We all occasionally succumb to eating or drinking binges. It might help knowing that some of the world’s most successful and influential people have also similarly indulged in some fashion or another.

To Pinot, or to Merlot, that is the question.

So your girlfriend broke up with you via email…it’s nothing a plate of loaded nachos can’t cure.

3. “The mouth of a perfectly happy man is filled with beer.”- Ancient Egyptian proverb

It’s said if you look close enough on his sarcophagus, you can make out hieroglyphics of King Tut cracking open some cold ones with the boys.

4. “Not all chemicals are bad. Without chemicals such as hydrogen and oxygen for example, there would be no way to make water, a vital ingredient in beer.” -Dave Barry

Has‚‚O + hops + yeast= beer flights. Who knew chemistry could be so applicable to our lives?

5. “Seize the moment. Remember all those women on the “Titanic” who waved off the dessert cart.” -Erma Bombeck

Perhaps Rose would’ve made room for Jack on the dresser had he shared some of his mozzarella sticks with her during their last dinner on the Titanic.

Actually adding the wine to the food?! Revolutionary.

7. “Ask not what you can do for your country. Ask what’s to drink.”-Anonymous

We think John F. Hennessy might’ve said that one.

8. “I have made a lot of mistakes falling in love, and regretted most of them, but never the potatoes that went with them.” -Nora Ephron

Potatoes don’t get enough credit for being the most versatile food in the world. Need a quick snack? Potatoes. Cooking up a fancy dinner? Potatoes. In the mood for breakfast food? Me too, letâ€™s have potatoes.

Arguably the potato’s most important versatility.

11.”I won’t be impressed with technology until I can download food.” -Bill Murray

@ElonMusk this one’s for you.

We feel the same way about fried calamari.

13. “You can’t buy happiness, but you can buy food, and that’s kind of the same thing.” -Anonymous

14. “I really don’t think I need buns of steel. I’d be happy with buns of cinnamon.” -Ellen DeGeneres

Buns of st…ill stuffing my face with spring rolls.

15. “Without question, the greatest invention in the history of mankind is beer. Oh, I grant you that the wheel was also a fine invention, but the wheel does not go nearly as well with pizza.” –  Dave Barry

The wheel? 7th out of 10 inventions at best. Beer on the other hand needs its own category altogether.

Harvey Allen might have single-handedly brought about world peace with this quote.

17. “When I read about the evils of drinking, I gave up reading.” – Henny Youngman

Reading about the evils of drinking? That kind of negativity is best left in 2017.

Fun Fact: Before becoming a founding father and key player in the American Revolution, Samuel Adams failed as a brewer. You know what they say- those who can’t do, drink.

20. “The more I drink, the less there is for the kids to drink.”-Phoebe Buffay, Friends

21. “That’s what I do, I drink and I know things.”- Tyrion Lannister, Game of Thrones

Drinking comes with the territory; knowing things, not so much.

22. “Abs are temporary, mac and cheese is forever.” -Anonymous

Six pack abs are low on the priority list when mac and cheese is involved.

Why pay $100 an hour for a therapist when beer exists and is a fraction of the price.

24. “When the going gets tough, the tough drink beer.” -Anonymous

25. “I’ve forgotten a lot of things in life, a meal has never been one of them.” -Anonymous

Forgetting to drink water for three days straight is believable. But forgetting a meal? No deal.