Learn the History Behind Your Beer 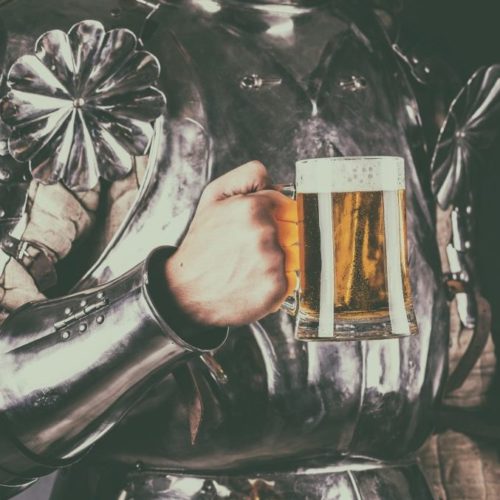 So, you consider yourself a beer-lover. Or maybe you even consider yourself somewhat of a beer connoisseur. You appreciate the unique aromas, appearances, textures and tastes of rare craft brews. Or maybe not so much. Maybe you’re one to grab a 12-pack of trusty Bud Light from the grocery store or request your usual at the bar like it’s muscle memory.

Regardless of what type of beer drinker you are, there’s something interesting to discover about that brew you’re sipping on. It has a rich history that is well worth knowing. We’re here to give you the background on some different types and styles of beer because one of the important aspects of appreciating beer, is knowing it’s story.

Beer has been around since 6000 B.C. and there are over 100 varieties of the delicious beverage. If we gave you the history on each and every one of them this would be a ridiculously long blog post. So, here are some of the more popular beer types with a bit of info, from how they began to how they ended up in your hand.

One of the universally popular beers, lagers come in a wide variety ranging from dark to light and sweet to bitter. The word lager comes from the German word lagern, meaning “to store” and its origins began in Bavaria. In the early days, some Bavarian brewers would store their beer in the frozen caves of the Bavarian Alps and leave it there for the summer causing the yeast in the beer to settle. This left a drink with a clean taste and pale color, as well as high levels of carbon dioxide.

The Bavarians began to test this brewing style all over Europe, which eventually led to it becoming a staple of the European diet. Finally, in 1850 German brewers brought this technique to the United States.

India Pale Ales, or IPAs, were born out of the relationship between Britain and India. India was one of the most important outposts for British exporting. However, the world demanded beer and India itself was too warm to make it. London brewers who supplied ales realized that the voyage to India was too long for perishable beers.

Finally, a brewer began making a strong pale ale. It was brewed with extra additions of hops with higher alcohol levels to preserve the beer, and the long voyage to India transformed it into a delicious brew. IPAs made it to America in the late 19th century, until the Prohibition nearly wiped them out. However, when breweries began popping up in the ‘80s and ‘90s Americans fell in love with the strong, hoppy beers once again.

Porters and stouts date back to 1722 London when three separate beers were combined to create a strong, dark beer. Quickly, the beer became popular among working men, which is where some historians believe Porters got their name. They made their way to Ireland in 1776 and Guinness was brewing it a few years later, with different styles such as plain porter, export, stout or extra stout, and now stouts are the principal Guinness product.

Eventually, the dark, rich beer showed up in America, Russia and Baltic countries where the terms porter and stout were being used interchangeably. The beer went through a bit of an evolution in the U.S. until prohibition wiped it out. Nowadays though, you can find dark, malty porters and stouts all over the country.

Pilsners originated out of Plzen, located in what is now Czech Republic. In 1838 a group of Plzen brewers dumped 36 barrels of ale in the streets after deeming it undrinkable. As they watched the beer run through the streets, they gathered together to collaborate, determined not to let this happen again.

Legend has it that in 1840, a monk smuggled a bottom fermenting lager yeast out of Bavaria around the same time a Bavarian brewer arrived in Plzen to help them learn the lager method of brewing. And thus, this light and clear beer was born and then copied throughout the world.

Wheat beer originated out of Bavaria and is considered one of the oldest styles of beer still in existence today, in fact, it dates back to the middle ages. The original was called a Hefeweizen (literally “yeast wheat”), and is unfiltered with about 65% of malted wheat. The beer was born through a loophole in German law that dictated the only allowable ingredients in beer were water, barley and hops. However, some of the rulers fancied malted wheat beers and passed a separate law that allowed them to be made. Thanks to them, refreshing wheat beers made their way to the U.S.A!

As you’ve read, these beers have a rich history, but they have an even richer taste. Come into one of the Half Wall locations and try one of the delicious beers we have bottled or on tap!