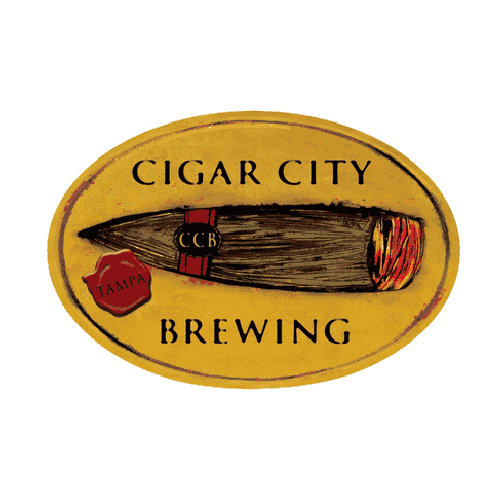 Located in Tampa, Florida, Cigar City Brewing Company began selling its beers in 2009 under the ownership of Joey Redner and with Wayne Wambles as head brewer. Joey founded the company with intentions of making interesting beers and sharing Tampa and its Cuban-American heritage.

Cigar City Brewing was able to produce over 1,000 barrels in the company’s first year in operation. Jai Alai, the flagship IPA named after Florida’s favorite gambling sport, was a success and it has remained their best selling beer to date! The brewery quickly grew from its 1,000 barrels of beer in 2009 to an excess of 65,000 barrels produced in 2016! The 2016 partnership with Oskar Blues of Lyons, Colorado ushered in a new era of growth for this Florida-based organization. Cigar City Brewing’s beer is now available in ten states encompassing Florida, Georgia, Alabama, Virginia, Pennsylvania, New York, Tennessee, North Carolina, South Carolina and Colorado. Cigar City Brewing’s ales and lagers are also exported to Denmark.

Cigar City rocked to popularity because of beers like Jai Alai IPA, Marshall Zhukov Imperial Stout, Florida Cracker and Hunahpu’s Imperial Stout, which is only released on a single day each March. The brewery won a number of awards and quickly developed a cult following among craft beer enthusiasts.

Cigar City Brewing’s lineup also includes a vast array of specialty beers called the Humidor Series — beers aged on Spanish cedar wood, with aromatics and flavors you can’t find in any other wood-aged beer on the market. The Spanish cedar wood used to age some of their greatest beers is the same wood used to pack Tampa’s famous cigars. Many of the beers are namesakes for Cuban and Floridian historical figures, or recall the people of the pre-Spanish era.

The Half Wall proudly serves a variety of Cigar City beers, both on tap and in can or bottle. If you want to taste a little Florida ‘old style’ flavor, July is the month dedicated to Cigar City!