Believe It Or Not, Beer Might Actually Be Good For You! 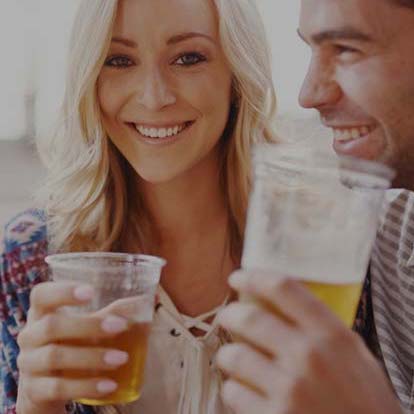 Beer lovers, prepare to celebrate because new studies have shown that not only does a fresh cold one taste delicious, it’s also beneficial for your health…well in moderation. We’re not talking about going out on the town every night slamming beers. Turns out one or two beers a day gives you vitamins and can help prevent some illnesses.

According to a study from the American Society of Human Genetics, drinking in moderation can be associated with longer lifespan. Researchers from the University of Iowa studied DNA and found that it helps assess how much a person drinks. When compared to a person’s biological age they found that those who drank one or two drinks a day were in better shape than those who did not.

Other health benefits include:

Decreased chance of heart disease: One study, conducted by the National Institute on Alcohol Abuse and Alcoholism (NIAAA) noted a 20 to 40 percent decrease in coronary artery disease in moderate alcohol drinkers. This is due to an increase in HDL (good cholesterol) and a decrease in LDL (bad cholesterol), along with an improvement in particle size.

Hoppy vitamins: That’s right! The stuff that makes up your favorite craft beer is also chock-full of vitamins. A Dutch study showed a 30 percent increase in vitamin B6 in beer drinkers. And vitamin B6 helps to battle heart disease! It’s also an antioxidant, which may contribute in part to the decrease in heart disease.

Prevention of kidney stones: Let’s be honest, we all know a couple brews will send you to the bathroom, but maybe that’s not so bad. The Journal of Epidemiology revealed a 40 percent decrease in kidney stones among beer drinkers. This is most likely secondary to the hydration from the beer as opposed to other alcoholic beverages.

The key to drinking beer in a healthy way is to drink responsibly. At The Half Wall, you can choose from over 76 drafts and over 100 craft bottles of heart-healthy, vitamin-enriched beers that will also be your recipe for a great time. Now you don’t have feel guilty about ordering a second round!