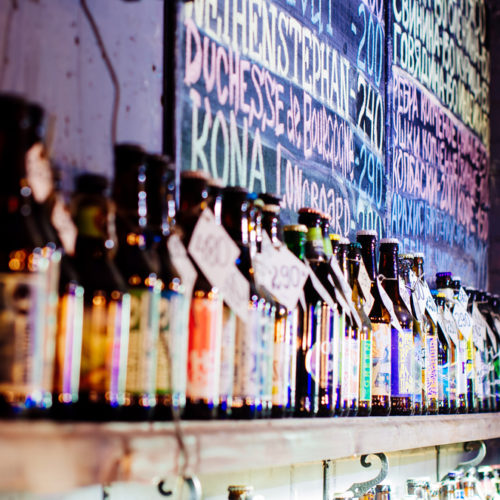 There is plenty to love about craft beers. From the work that goes into their taste and aroma, to the unbelievable creativity that goes into the names of the beers themselves. Some feature puns while other reference pop-culture, and some even include some peculiar innuendos.

We present to you 20 of the most creative, clever and funny craft beer names for you to enjoy.

Because who doesn’t love a classic play on hops?

I propose a toast to this deliciously clever, richly flavored porter.

At 11.1% ABV, this ale has a name that foreshadows what you’ll turn into if you drink too many.

This Utah-brewed porter probably has the best tagline in the business: “Why just have one?”

Join the dark side when you sip on this black, chocolatey stout.

An ale that thinks it’s better than all the others.

Brewed with Serrano, Jalapeno, Banana and Hungarian Wax, you really have to say it fast and drink it slow.

A great way to end the night, that’s for sure.

Even though this barley wine is no longer on the menu at McGuire’s, you really can’t help but chuckle at that name.

Just a little sumpin’ to wet your whistle.

Mmm…nothing like throwing back a cold pint of Moose Drool.

Probably because you’re always out drinking beers at the bar.

Prepare to have your palate wrecked from this Imperial IPA’s onslaught of hops and bitterness.

This oatmeal stout, an ode to the musical duo Hall & Oates, is rich, creamy and will make your dreams come true.

No one likes getting a parking violation, but everyone loves this classic American style Pale Ale.

So, as you can see, there really is no limit to the weirdness that can go into the name of a beer. And even more importantly, there’s no limit to the fun you can have when you come out to one of The Half Wall locations to enjoy selections of craft beer that we have available.