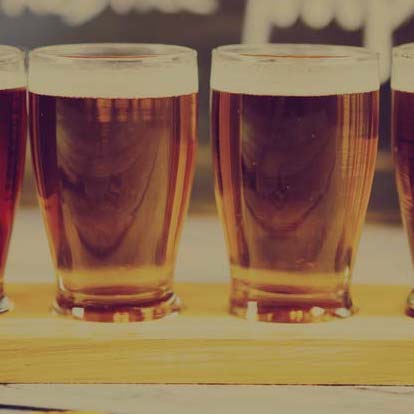 Did you know that most Americans live only 10 miles away from a craft brewery, or that President Barack Obama is among the many U.S. home-brewers? Raise a glass with all your beer-loving friends and enjoy these wonderfully boozy fun facts about your favorite ales.

If you want to continue brushing up on your beer knowledge we can think of no better place to do so then at The Half Wall Beer House. Our extensive selection of 76 draft beers and over 100 bottles will teach you everything you need to know and make you the beer trivia expert at your next game night.